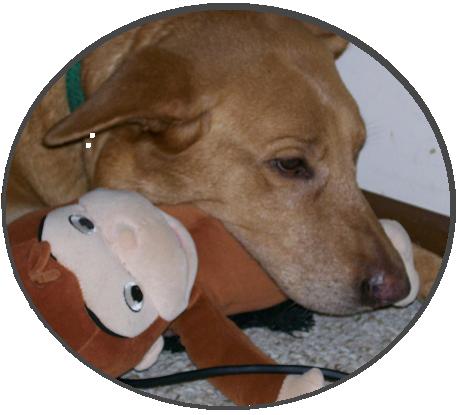 You wouldn’t think that such a nice quiet peaceful doggie would be trouble.. but she is with a capital T that other 1% of the time!!!

Right after I pulled out of the parking spot at Lofty Lou’s out in Placerville I got a call. There had been and incident with Rudy. She had pulled out of the dog sitter’s hand; ran straight over to the neighbors yard, and nipped their dog. This is the second time she has had an incident of this kind with another dog.. and both were dogs of the same neighbor. The other one was about 5 years ago.. so I have been working very hard to keep peace with the neighbor and my dog..We will see what happens.. she called the police in this time. I have no idea what to expect. So far it has been pretty quiet..

The other pet news is that we are down one kitten.. one of them didn’t make it through the second week. The remaining two are just sooo cute! And seem to be perfectly healthy. I’ll get some gratuitous kitten shots to share with you later today.. that is if my camera is working.. the LCD screen went bad sometime during the TSA screening.. that’s 3 right.. nothing else can go wrong now!